Every time people are forced to listen to me babble, one of the things that comes up is that I have hard time saying what's the weirdest/strangest thing I've written. My barometer for this stuff is pretty broken. It's a lot stranger for me to write something like The Missing Butterfly than it is to write something like Wriggle & Sparkle.  I'm a fantasy nerd through and through. I often forget that things like incest need a warning because that will give a lot of people pause. When I accepted a commission to write a twincest/threesome story, the requester was very nervous about asking for it (which made me feel awful for her, b/c it gave the impression she's been treated like shit for liking it and you don't have to like what I like, but don't be a jerk about it).

But of all the 'weird' stuff I write, the anthro is my favorite. One, it's a challenge. The way they look, the way they move, how it changes their thoughts, beliefs, etc. Like Lukos Heat, where Najlah's tongue remains forked when he shifts, meaning he can't speak human languages and most humans find him incomprehensible. When a character permanently has things like claws, venom, fur, feathers, etc. it definitely keeps an author on their toes :3

It's also just plain fun. One of my earliest fictional true loves was Rei from Breath of Fire III 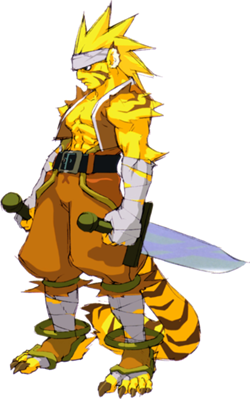 Fuck yeah hot tiger man. My brother got so sick of me fangirling him (but you should see him go starry eyes over Chris from Suikoden III, he has a slight thing for women in armor). I'm a fantasy writer, I have never seen any reason to limit my options to human. My first heavily anthro character (that I remember, readers may recall someone else I've forgotten) was Glen from Quest.

He's got wings, tail, pelt, bird legs from knee down, and other stuff I'm probably forgetting (it's actually my fav story in that set. Amusingly enough, another story in the verse, Mad Finnegan, is about brothers :3).

Lynn from Wriggle & Sparkle was a little different, in that he has a full human form, is the size of a few houses in his full kraken form, but has a middle form that is human on top, tentacles on the bottom (he also can shift gender as he so pleases). Sadly, I do not yet have a pic of him in half-shifted form :3

I definitely tried to push myself harder with Lukos Heat, both with Naj himself (and his brother), and the cultures/world. I have two more stories planned (where "planned" means "was ordered to write") for this verse, we'll see how much harder I can push myself :3

I hope those that are reading it for the first time enjoy, and those who were kind enough to buy it despite having it in Dracones, enjoy. Much love to you! 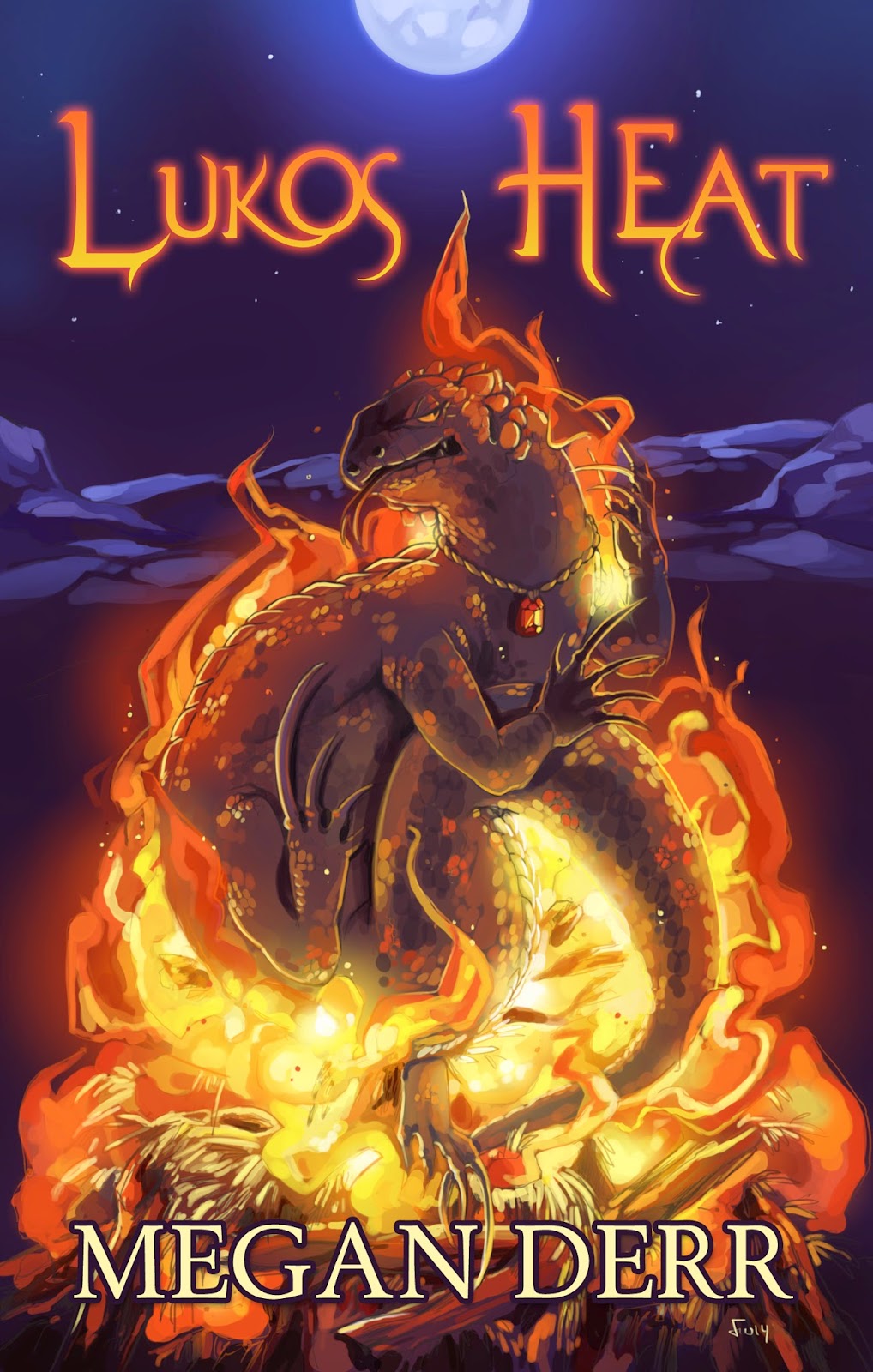 Najlah is on the hunt for the traitorous coward who attempted to assassinate the king and nearly killed Najlah's brother in the process. But the hunt has taken his team deep into the Shide, the treacherous, freezing mountains controlled by the mysterious Lukos, feral wolf shifters who do not tolerate trespassers.When the Lukos come upon them, Najlah is reluctantly intrigued. The Lukos, especially the one called Barkus, are nothing like the soft humans he spends most of his time around. They thrive in the brutal cold the way he thrives in volcanic fire. For the first time, it feels like Najlah may have found someone who can equal the fierceness of dragons, and see them as more than demons.But if he hopes to explore the bond forming with the Lukos, he must first survive the enemy—and the Shide.