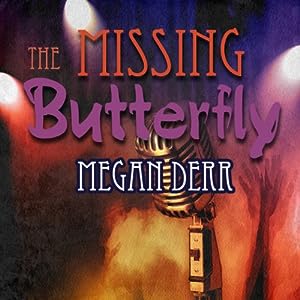 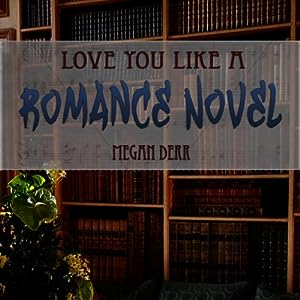 It's been a really shitty day. Another cat, my sister's cat Lady Wilde, was killed last night by a dog. My sister is shattered, my mom was the one to find the body, and the rest of us are obviously miserable. This year is turning out to be fucking miserable.

So I am trying to focus on positives before I settle into a mood I won't get back out of.

With that in mind, I am totally stoked to announce that The Missing Butterfly and Love You Like a Romance Novel are now available in audio! ^___^ I hope peeps enjoy them. For those waiting for LT3's other audiobooks to reappear, they should by the end of June.

And now seems a good time to mention on more than twitter that I am being forced to eat my words. Several peeps asked me if I was ever going to write a story for Dai and Cooper. I said no. I WAS A FILTHY LIAR apparently. I needed a break from all the fantasy breaking my brain and lo, there it was. I'm about 18k into it, and if it's like the two above it'll end up somewhere between 40-50k.

It's a hard story to write, mostly because of the time skips (one of the main reasons I never wanted to write it, but if a story bites, a story bites and I do what I'm told). But I'll manage, that's what I'm paid to do ;)

SNIPPET. It's very rough, please forgive errors etc etc. All of the prologue :3

Cooper looked up at the sound of footsteps, recognizing his mother's soft tread. She held out a large glass of iced tea, already wet with condensation. "You're the best, Ma." He set the jigsaw aside, pulled off his work gloves, and took the tea. "How's things going in the east pasture?"

"You ain't heard your father bellowing a blue streak?"

"Nah, though I did wonder what he'd done when I heard sirens flying down Barton Road."

She made a derisive noise, pushed back a stray grey-threaded auburn curl. "They turned down Robinson. That Trapper is up to no good again, I'd wager. Boy is forty-five going on twelve." She shook her head. "How goes the shed? You moving right along, huh? It's good to have you home." She leaned up to kiss his cheek.

"Given you say that ten times a day, I think you're still trying to convince yourself it's true." He laughed when she lightly punched his arm. "Your shed is near repaired, I just gotta cut these last few boards and nail'em in place. What's for dinner?"

"Enchiladas and—" she broke off with a sigh as the sound of a ringing bell filled the air. "Now who that could be, I sure wasn't expecting anyone." She patted his arm. "Guess I'll go see. Hurry up and finish and you'll beat your father and the hands back to the house, have time for a shower and beer before they undo all the housecleaning I just finished."

Cooper grinned. "You do know how to motivate." He kissed her cheek, snickered as the bell started ringing again. "You'd best get, 'fore whoever's ringing has a meltdown."

She rolled her eyes, but hurried off back across the field the back yard, vanishing through the kitchen door.

Finishing his tea, Cooper wiped sweat from his brow then pulled his gloves back on and got back to work.

An hour later he'd finished repairing the busted shed wall and had put everything back in it. Dinner, help his mom with the kitchen, and then he was spending the rest of the night with a beer and a book. Tomorrow he might just sneak off to go fishing.

Though that might just leave him a bit too much time to think, and the last thing he wanted was to sink back into a funk. He'd hung his hat, called it quits, but saying was a hell of a lot easier than doing. On the other hand, every time his leg ached he was reminded why he'd retired from bull riding. He'd gotten off easy, even if his break had been bad enough to require extensive surgery.

He wouldn't soon be forgetting Timothy, dead of a broken neck. His mother scared to death and his father far too still and quiet. His sister so damned mad she didn't talk to him for a week. Wasn't no way he'd be doing that to them again. Wasn't in a hurry to do it to himself again.

Didn't mean he didn't miss it, or all the friends he wasn't likely to see again. Long past time he found something else to do with himself, but hell if he knew what.

Stepping into the kitchen, he darted over to the laundry room and stripped off everything but his jeans, putting his boots on the long mat by the kitchen door, hanging his hat on one of the hooks lined up above the mat.

"Ma?" he called out. "I'm getting a shower. After that you want help in the kitchen?"

He waited at the bottom of the stairs, and she came bustling out of the sunroom at the back of the house. "Come on back here when you're done. You remember Jake Hallow?"

"Yeah, course I do." He and Jake had gone to school together; his family owned a cattle ranch on the other side of the city. Their paths had crossed fair often on the rodeo circuit, since Jake and his band were always playing the bars where Cooper and his rodeo buddies went to unwind.

"Give me twenty minutes." He hauled up the stairs, looped around the top of the staircase and went all the way down the hall to the rickety bathroom he'd used all his life. At some point while he'd been gone they'd replaced the tub and toilet, but it still looked much like it had back in his grandma's day.

Lord knew the pipes still made enough racket to wake the dead. He got the water going and threw his jeans in the hamper, then slid into the shower and started scrubbing. So much for a relaxing evening. He hadn't seen or heard Jake in nearly a year. The last time they'd crossed paths had been a dive outside of Cheyenne.

Had about given him a damn heart attack, since he'd been there to meet a date—that was probably being overgenerous—and he didn't need his sexual leanings becoming public knowledge. But the date hadn't shown, so it had all ended well, more or less.

Rinsing off, he grabbed a towel, rubbed down, then wrapped the towel around his waist and headed back up the hall to his bedroom.

Thankfully that had changed since he was a kid, mostly because his parents used it as a guest room whenever he was out of town. His luggage still sat, only partially unpacked, the dressed and desk cluttered with things he hadn't bothered to sort and put away properly.

Rifling through the luggage, he pulled out boxers, jeans, and a plain black t-shirt. He pulled on socks, combed his fingers through his hair, then finally hustled downstairs.

"I've got you a beer in here!" His mom called out.

"That's why you're my favorite mother," Cooper said with a grin as he stepped into the sunroom. Approaching the table where they were sitting, he held out a hand and shook Jake's. "Hey, Jake. Ain't seen you in forever. How's it going?"

Jake made a face. "Cutting to the chase, not so well. That's why I'm here."

"Oh?" Cooper sat down and took the can of beer his mom held out with a thanks. "What's wrong?"

His mom stood up. "I'll leave you boys to it, I've gotta get those enchiladas in the oven or your father will eat the table." She ruffled his hair and departed, closing the sunroom door behind her.

Cooper took a swallow of beer. "Should I be afraid? What's wrong that I can fix?"

"Heard tell you're done with bull riding. Folks are damned disappointed; you was set to go far and everyone was looking forward to you taking the top spot."

"Guess I wasn't tough enough. I woke up in that hospital and it was enough for me."

Jake nodded, rubbed nervously at his mustache, then picked up his beer and took a long swallow. "You still got your fiddle?"

"Yeah," Cooper said. "It's covered in about six inches of dust, though. Anyway you got a fiddler."

"Not anymore I don't," Jake said, expression turning sour. "Damn fool got himself arrested on a DUI. Ain't the first time he's been that stupid, neither, and I can't be having that nonsense. I was hoping you might be willing to fill in until I can find a permanent replacement. I wouldn’t be bothering you, I know you're recovering still and probably want to relax. But we got this big show coming up in a month and you're the only one I know who's familiar with our stuff and could help us out. I can't pay much, but I'll make it worth your while."

Cooper sat back in his chair, drank more of his beer. "I don't mind helping, Jake, but I think you're overestimating my skills. Fiddling is a hobby of mine, I ain't nearly at the level of you and the others."

"I think you're the one underestimating. You was always wasted on those damn bulls, even if folks would kill me for saying so." He winked over his beer as he drained it. "We're playing at a small dive this weekend, you could come over and get in some practice tomorrow and Friday, be halfway to decent by Saturday night. Then we'll train you up on the stuff you gotta know for the big show. We're opening for another band, hoping it'll be the start of really getting us out there."

"Hell, it ain't like I'm doing anything about here," Cooper replied. "You still live by the creek?"

"Alright then, why not? May as well make myself useful, and it ain't like fiddling and free beer is a chore. What time should I come over?"

"I'll be up early to haul my mom to a church picnic, but I should be back at the house round ten. You can come over any time after that."

Cooper nodded and stood with him, shook hands again. "I'll be over roundabout ten thirty then."

Jake wrapped his other hand around Cooper's and squeezed lightly. "Thanks, man. Welcome to Shine the Moon."

"Thanks. Hope I don't slow ya'll down until you can find a permanent fiddler."

Jake winked, let him go. "Famous last words, hoss. I'll see you tomorrow. Give my best to your mom."

"Will do." Cooper walked him to the door, and once he'd driven away, he went to go dig out his fiddle and get it cleaned up and ready, humming as he went.