Princes of the Blood - Of Last Resort 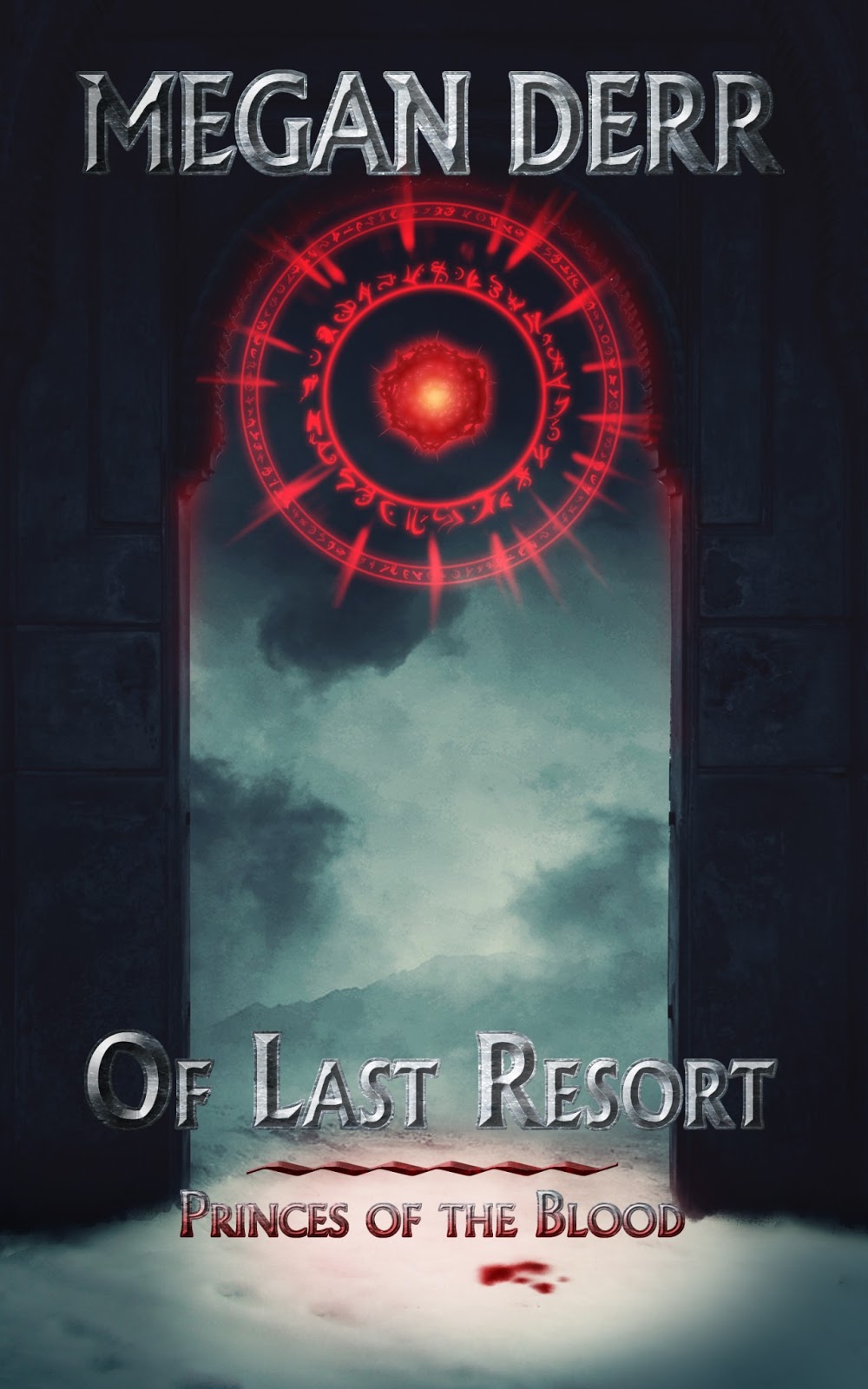 This trilogy started from a few scattered pieces. The first two pieces were a couple of ficbits that I really liked, but didn't have time to do more with, and at the time no clear ideas on how to expand them. The next piece was LT3's Proud to be a Vampire call. As I am first and foremost a fantasy writer, I wanted to go full on high fantasy vampires.

So I went back to those old ficbits, and had a few ideas how to expand one of them. I got about 20k into that story before another one took hold too hard for me to ignore, and I realized I was going to have to work on it simultaneously in order to get a lot of details correct. In the end, that second story seemed a better fit for a serial. And I was nearly done with both of them when I realized I was going to have to do the third one as well, again mostly to make certain everything lined up correctly. Let me tell you the headaches I gave myself.

By the end of it all, the original ficbits bear almost no resemblance to the final story (I'm having the same fun expanding High King. It's definitely now going to be in the 100k range, which shakes things up significantly).

So my first step for building this world was to explain the vampires. They couldn't just be there, they needed to have a reason. I don't mean fight the bad guys type reason, but 'how are they made/born, how do they fit into this world' sort of reason.

There were a few possibilities here:

I opted for demons, obviously. It gave me more flexibility than 'classic undead' but gave me a foundation to build on so I did not have to do everything from scratch.  For one, I had a religion to work with, though I obviously deviated heavily. Two, it meant I had a list of demons and angels to work from (and abuse and distort as I pleased), in addition to all the vampire lore and literature.

Going with demons also helped me build the whole reason people are putting up with vampires:  fighting fire with fire, so to speak. So I needed a world that was so dangerous, working with demons (by this point, I'd established partial demons) was considered the best method for handling them

Of course, none of this addressed the vampire need for blood. But that was a pretty easy one. Vampires need blood. Human blood. The best way to keep my vampires from being all powerful and shit was to severely limit that. One, has to be pure. Two, has to be hard to find.

And that gave me the rest of the world, the Legion, the Reaches, the Temples, basically the entire culture and some of the history of this verse.

I was sad I could not actively include more of the Legion, but it would have been too much to juggle without making things confusing and would have done nothing to advance the story (one of the hardest things to admit in fantasy, because most of the shiny stuff we want to show off never actually makes the page /sigh).

The Paladins and Princes tend to steal all the attention, but briefly throughout the trilogy some of the other pieces get moments (some Titans and Dredknights get their asses kicked in the last book though).

If this seems all very rambley and scattered, that's because that's how a lot of world building goes at the start. The lists and charts and maps come after I've begun to properly organize all the jumbled mess in my head. Most of the time, the majority of it stays a jumbled mess in my head. The stuff I do write down tends to be very boring lists (like the names of all the hours, the legion, I have an excel sheet with all of the Princes, from Despair through Resort, that lists how many years they've been a Prince, how old they are, notes on appearance, when/if they get dead, etc).

One of the hardest things I had to do was map out the royal family. It is INSANELY hard to keep track of people when the king can have up to three wives, and in a culture like this where people can die by the hundreds in a single day, having lots of children is important. So I had to go back the previous king, map out his wives and children, see where King Waldemar fell, when all his siblings and wives and children died (or lived and how old they were in each story), then connect all of that to other characters, so I knew how old and experienced characters like Telme, Raffe, Dalibor, Alrin, etc were in each of the three stories.

That took me like a week. And many many beers. I'm still not convinced I didn't fuck up somewhere x_x

Then there's magic systems (hellish and holy magic do not place nice together, earth is the middle man weaker than both but able to fight both to a certain degree. All magic is hellish, holy, or earthly in origin. Hellish magic is generally summoned/stolen and is ultimately poisonous, holy magic is granted, earthly magic you must be born with. there are, as ever, exceptions and variations, because nothing is truly one way and one way only. Alchemists, for example, fuck with everything).

After that I had to build the Legion, which is broken down by power type, combat/non-combat, and martial/magic.

Combat-wise, the Princes, Paladins, and Dragoons are the main strong arm of the Legion, backed up by the Titans, Wolves, and Dredknights

Mind you, very little of this is actually worked out before writing. Only little pieces. Even as I'm figuring this stuff out I am actively writing, and have to go back and change or tweak things as I build and build. The only time I ever did the majority of the world-building long before I started writing was Lost Gods, and if you've read that whole series you'll know why I had to know certain things about Chaos before I could even begin to start on Treasure.

Mixed into all of this are all the little things:  axioms, religious practices, curses, clothes, food, on and on and on. Names, too. I wound up using a lot of names with accents, something with which I am not remotely familiar past like the two I remember from French class in high school.  NEVER AGAIN. Mostly because Sasha and Samantha have threatened to end me.

Once I have a general idea of what's going on, or when I reach a point I really need to see what I'm working with, I draw a map. I have absolutely no idea how anyone else does their maps, or decides how their world looks. I try to make it as random as possible. The only details I know going in are things like I knew Guldbrandsen was by a river (and the Temple was on the other side of the river). I draw the country or continent or whatever completely at random, then mark out the provinces and such also at random, and basically make the story work around what they're stuck with. I think this tends to make things a bit more genuine than specifically adding mountains and forest and such where I need them to be. I only change something if I absolutely have to.

With Pride comes out April 16th, and In Despair comes out July 9th.