Destroying Walls and Other Adventures

I thought that with all the cons done for the year, I would get a little less busy and be able to catch up on writing ^^;;

Honestly, I should know better by now :3

Not that I'm complaining, definitely not ^__^ I got a call from my mom early last week asking if we wanted to come help them renovate their den. It was decided midway through the project that instead of a den, it would become an office. Plans also changed from 'get rid of wood paneling and put up nice walls' to 'also, fuck that ceiling'. It was quite the project. Sadly, Sasha and I had to return home before it was totally done, but for those interested I will def obtain pics of the finished room. All other pictures so far taken can be found here ^__^ And here is a picture of me that seemed to amuse everyone (that's my dad and Samantha behind me.) 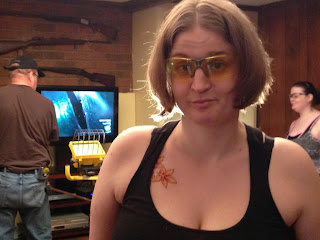 I am furiously catching up on LT3 work, and hoping to get slightly ahead, because I want to use November to attempt to catch up on my writing. The first Wriggle & Sparkle story will be going up on Yaoifix the beginning of 2014. When I have solid dates, I will let you know. Rin asked if I might expand the story to include a certain confrontation. I said that wasn't doable, but I could definitely write another story. There are definitely two contracted with Yaoifix, and if I write more past that, they'll wind up there or at LT3, depending on Rin :3 W&S and FINALLY finishing up the last Princes of the Blood stuffs are my major goal in November. NOTHING WILL GET IN MY WAY.

In other book-related news:

The Engineered Throne has concluded as a serial. If you've been waiting on the ebook, you can pre-order it now. In two weeks you can read it and yell at me for being a meanie mcjerkface like all the serial subscribers have been doing. They had it worse, though, because I have a problem with cliff-hangers #noregrets

You have ONE MORE DAY to obtain Embrace and then it is gone, baby gone. 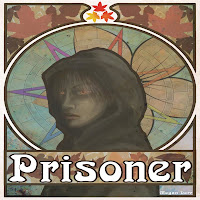 The Prisoner audiobook is out, at two sites right now and it should reach other retailers soon-ish.

Moving back to serials, much love to everyone for comments on Of Last Resort. I was not certain how fantasy vampires would be received, and it's probably some of the most @_@ world-building I've done in forever, so I'm glad I did not completely fuck it up. I would apologize for the cliff-hanger problem, but I'm too busy cackling gleefully. Of Last Resort is the only story in that verse to be serialized; the other two will go straight to ebook. I have harassed everyone with the covers, already, but I don't care because I love them to fucking death. LOOK AT THEM AGAIN.

And once Of Last Resort wraps, it will be followed by: 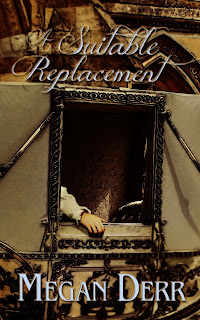 Which is set in Deceived-verse, and I posted a rough excerpt of it here (as you can see, the title has changed).

After all these projects are done, I have no idea. I may try to tackle some short stories I have piled up. I'm also really in the mood to switch back to poly, which means either Dragon Magic, Sandstorm-verse, or Clan Mordred. But Kria-verse is also demanding attention, and I would like to tackle Goblin Market. We shall see.

To all my darling nano'ers, good luck and have fun ^__^ Everyone take care and have a good rest of the week, and a great weekend. Happy Halloween! :D